We are an established school uniform supplier with many years of experience. Our aim is to provide a modern and friendly uniform service for parents and schools alike. The Whittakers brand has been synonymous with quality and value from the beginning and we are dedicated to maintaining the high standard of service expected from us by parents and schools. 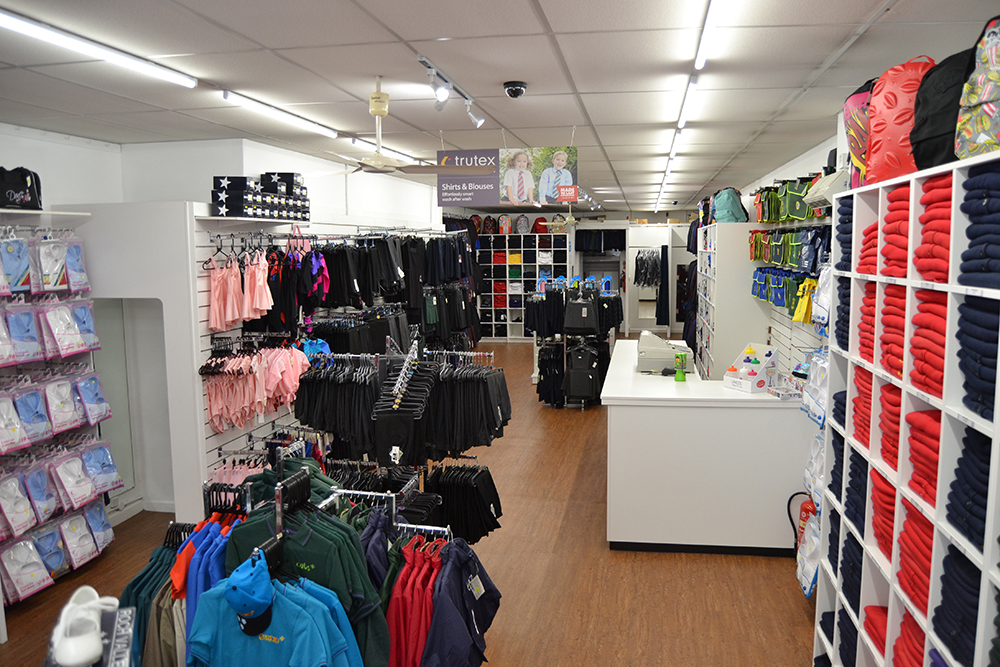 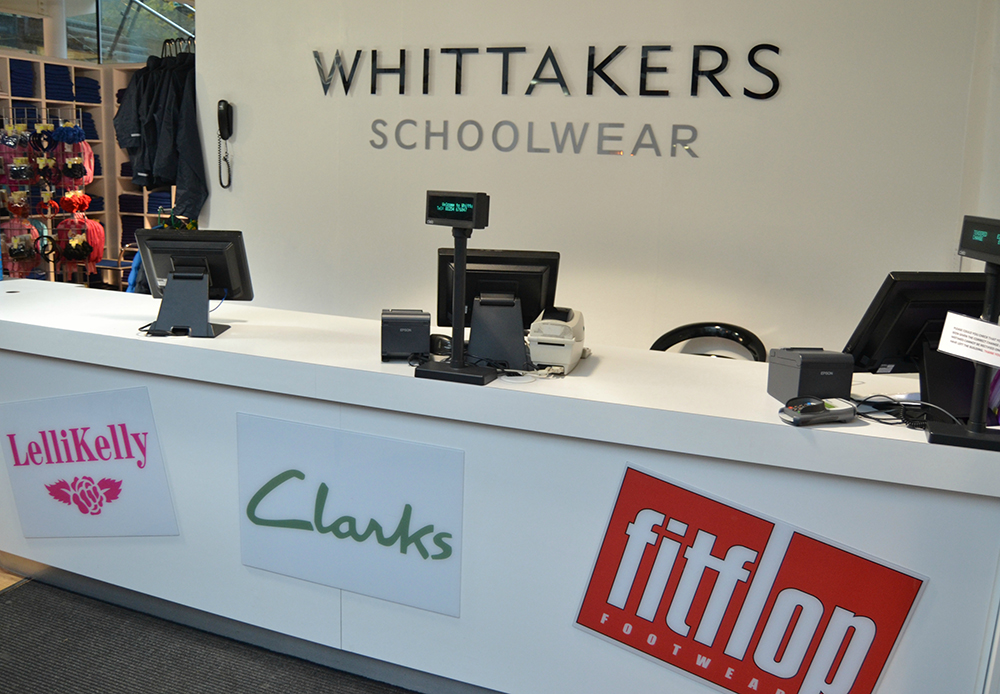 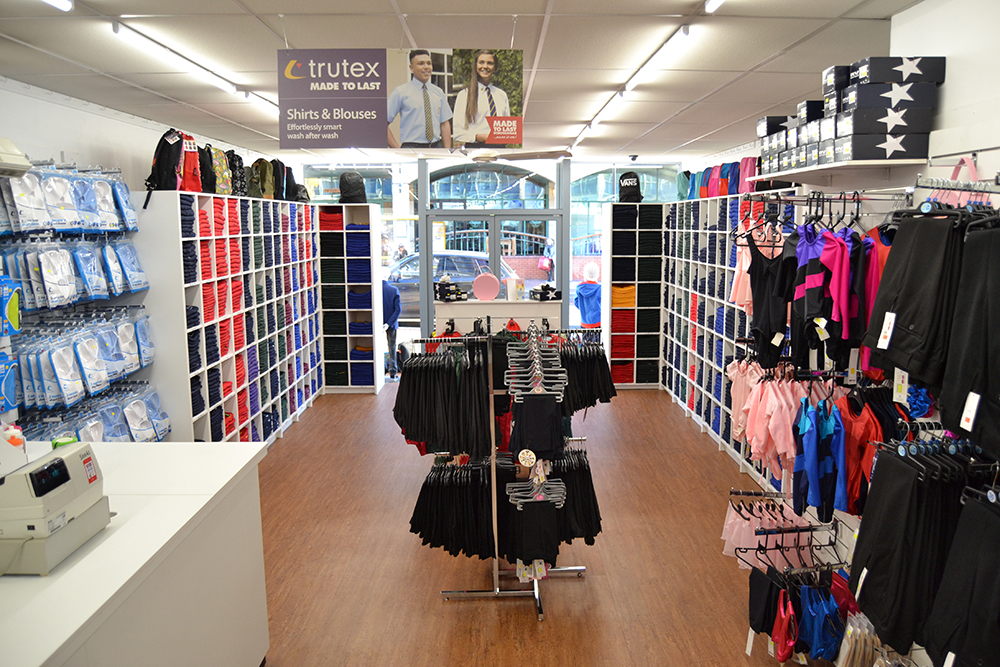 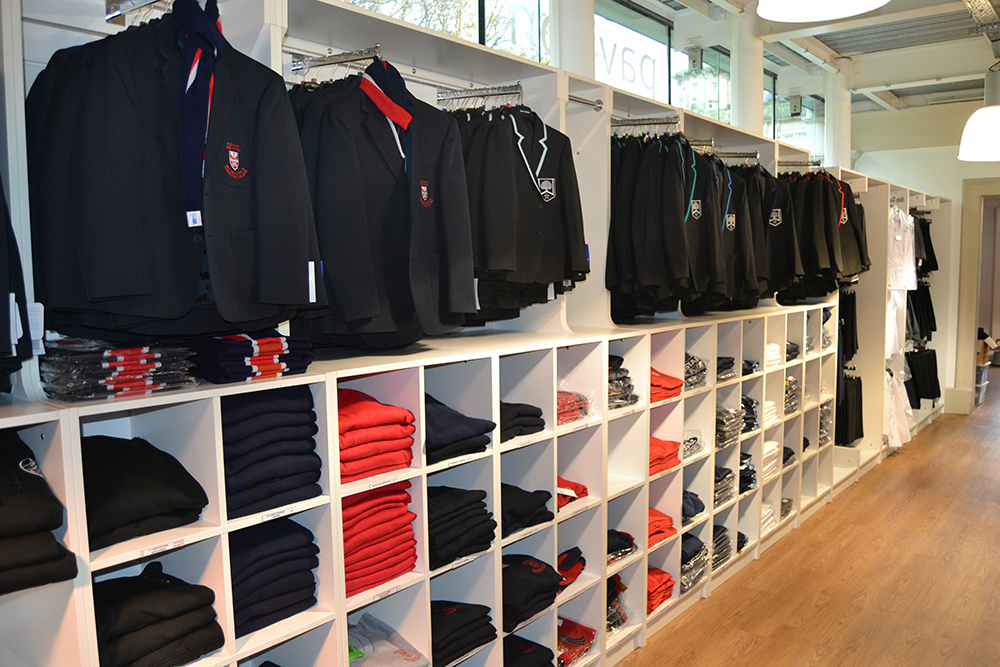 What We Do for Schools

Through our dedicated, custom-designed retail outlets, Whittakers provides the most cost-effective, parent and school-friendly service available. The immediate benefits your school can expect by choosing Whittakers Schoolwear are as follows;

Quality and value are the core attributes around which Whittakers Schoolwear is built. Our excellent reputation for customer service goes hand-in-hand with this. A few of the benefits parents can expect while shopping with us are;

A school’s logo is a key element that identifies a school. Therefore it needs to be modern and fun, yet professional.

Your school logo would not only be used for uniform, but also letterheads, prospectuses, business cards and website design. In order for your school logo to be a success, a number of aspects need to be taken into consideration.

We can arrange and guide you through either a complete or part uniform change from beginning to end with a custom-designed uniform proposal, tailored to your needs. We take into account everything from blazers and sweatshirts, to shorts and socks. It couldn’t be simpler.

All of our stores are well-lit, clean, child-friendly and modern shopping environments with plenty of changing rooms and knowledgeable staff to make your visit a refreshing experience.

We pride ourselves on a creating a warm, welcoming environment as can be seen by viewing some of the pictures on our website. Click a link below to view contact information for the store in that area.

Rather shop from the comfort of your own home?

No problem! You can explore our online store for your school uniform or simply look through our range of shirts, blouses, trousers, club uniforms and much more!

Why Choose Whitakers Schoolwear to Supply Your School?

The company was originally formed by George Whittaker in 1925 and was initially known as G & S Whittaker & Sons Ltd selling household textiles and general drapery. Trading began from their first retail premises within the market hall, later moving to new premises at Waterloo Pavilions, Church Street, in the centre of Blackburn during the 1980s. Nobody expected that they would return 30 years later to their exact same trading position in town!

As school uniform gained in popularity, Gary Whittaker took over the business and moved into premises at Ainsworth Street, next to the Market Hall where the business grew, supplying uniform and footwear for the majority of schools in Blackburn.

During 2006 the business expanded taking 1500 sq ft of retail floor space within Barden Mill, Burnley, providing the uniform needs for the areas primary and secondary schools.

In 2008 Whittaker’s Schoolwear was taken over by the present Managing Director John Hutchinson and his son, Sales Director Bradley Hutchinson. Adam Hutchinson was latterly appointed to the board.

2010 saw the continued growth of the company with the acquisition of Wilkinson’s of Swinton, a Manchester based retailer, providing uniform and footwear for the schools of Salford and North West Manchester. This year also saw the closure of the Ainsworth Street shop and the opening of the new flag ship store in Church Street, Blackburn, returning to the company’s previous trading position. Now expanded and totally refurbished, the store produces a 21st century shopping experience for the parents and pupils of Blackburn.

Following another successful year in 2011 the company continued to expand with the acquisition of Parkers of Bolton, a school uniform retailer located on Deansgate in the centre of Bolton.

During the spring of 2012 Barden Mill closed down to make way for housing developments. Forced to look for new premises, the Burnley side of Whittakers obtained 2000 sq ft of retail space within Pendle Village Mill. With the mill having undergone a complete refurbishment throughout the early part of 2013, Whittakers enjoyed another good year in Burnley.

The company’s warehousing and office facility moved in the spring of 2013 to a much larger 7000 sq ft warehouse based in Glenfield Business Park, Philips Road, Blackburn. This move was needed in order to meet increased demands and further capability to stock a wider range of goods.

2013 also saw the beginnings of an on line shopping service being offered to Blackburn schools. By 2018 the company had outgrown its premises again and moved to a 14,000 square foot warehousing and office unit in Blackburn.

In February of 2014 the company obtained 750 sq ft of retail space within Oswaldtwistle Mills, Accrington.  This allowed them to provide a better service to parents throughout Accrington, as well as adding growth to the number of schools serviced by the company in the area.

Following quickly on the heels of this latest development, late in the spring of 2014 was the purchase of The Rawcliffes Schoolwear Centre in Southport from the John Cheatle Group. Now known as Whittakers Schoolwear, the store located on London street in the town centre has been trading for nearly 100 years and consists of 2000 sq foot of retail space. Having strong ties with all the local schools and being held in high regard by the people of Southport this store and its history provides another interesting chapter in the growth of Whittakers Schoolwear.

After another successful years trading in 2015 the company continued to expand by bringing a seventh store under its banner. In early December 2015 what was previously Singhs of St Helens, Merseyside became part of the Whittakers Schoolwear group. Ideally located in a prime trading position, the acquisition of Singhs was another step forward in the continued development of Whittakers Schoolwear.

2017 brought a move over the Pennines to Leeds, with the acquisition of Uniformity Schoolwear in Farsley. Having transformed and re-branded the Farsley shop, an opportunity arose to acquire a further two shops in the Yorkshire area. Andrew Firth in Keighley and Henry Smith in Shipley, both with an already proven track record as excellent schoolwear providers to the local communities.

The company’s aims are to continue to offer a superior quality in school uniform at very competitive prices, whilst providing an excellent service for both schools and parents alike.

In accordance with UK Government guidelines our store will reopen on 12th April.
No appointment necessary!

We will be maintaining social distancing for the safety of both our staff and customers.

Until then, please continue to utilise our online shop
www.whittakersschoolwear.co.uk

Deliveries may take up to ten days.

We look forward to welcoming you all back.